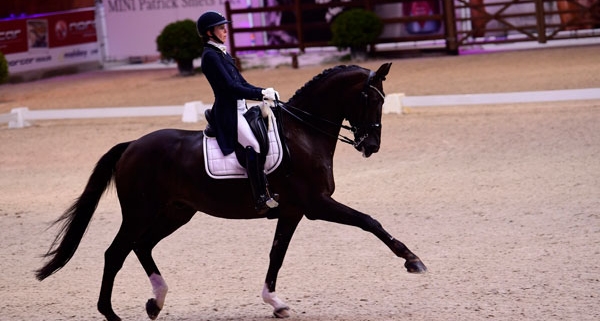 The riders of the BC Grand Tour have just completed their first round: the Grand Prix. The first place went to Laurence Roos. She won just under 72,000 percent with Fil Rouge (by Stedinger). Simon Missiaen followed her in second place. He rode the KWPN-gelding Charlie (v. Fiorencio) in a flawless freestyle to the finish with 70.674 percent.