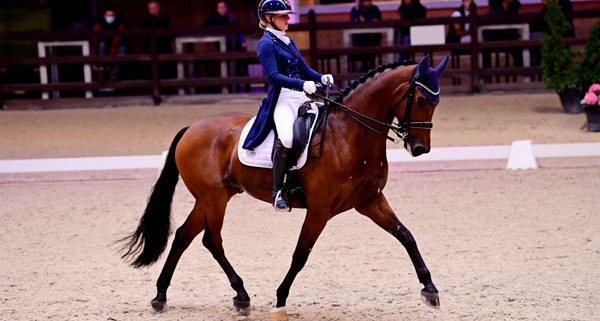 In Lier, the closing freestyle to music was held in the Belgian Championship for the Juniors on Sunday. The win and the final win went to Jette De Jong. She rode Heavenly Charming (v. Charmeur) to a total of 76.380 percent in the final classification, taking first place.

The silver medal went to Karoline Sofie Vestergaard and Junior Hit (by Sandro Hit), they rode to a total of 73.845 percent in the closing freestyle. Lisa Arq and Double Twist G (by Diamond Hit) finished in third place. Their freestyle earned a total of 71.630 percent.

BC pony
In the pony category, the overall victory went to Britt van de Weyer. She also rode the freestyle to music with N-Constantino vd Bolkerhoeve (by Constantin) to a total of 75.945 percent. Inne Blommaert and Wise Guy (v. Bodo) finished second today and as well as in the general classification. Liezel Everars and Fs Capelli De Niro (by FS Champion de Luxe) finished in third place.