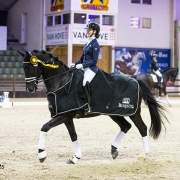 After the successful Belgian Championships, the next highly appreciated dressage event is on the calendar in Lier: the fifth edition of the CDI Lier. The exciting dressage competition, organized by Belgium Dressage Events, contains a large international field of participants and will take place in 2021 from Tuesday March 2 to Sunday March 7 in the Azelhof.

Early next year, the international top of dressage will be in the starting blocks in Lier to set a victorious stamp in the Azelhof. There will be a 3-star and 4-star competition during this indoor edition with a diversity of categories: Children, Ponies, Juniors, Young Riders, U25, Small tour and Big tour.

Current corona measures will be observed during the six-day event. More information about the registrations will follow. View the CDI Lier program here. 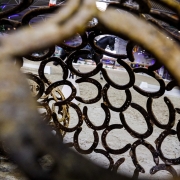 In Lier, Tom Heylen rode with his freestyle to music to the final victory. He counted on El Capone (v. Tuschinski) and rode to a total of 75.130 percent. This did not give him the victory today, but his points were enough for the victory in the final classification.

Jorinde Verwimp followed in second place. Her freestyle to music was rewarded with a total of 74.735 percent, these points were enough to win the silver medal with Golddream vd Kempenhoeve (by Quarterback). Loranne Livens and Aragorn L (by Aaron) followed in third place. 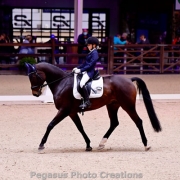 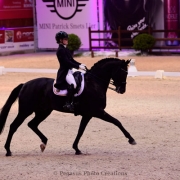 The last rubric of the day has just been ridden in Lier: the BC Intermédiaire II of the U25 riders. The first place went to Lore Vandeborne. She rode Ikke-pia vd Bergerhoeve (by San Amour) to a total of 67.559 percent. With this score she’s ahead of Nico Nyssen, who finished second with Da Vinci (by Vivaldo with a total of 67.029 percent.

Several other rubrics were ridden in the B arena today. Tour A was presented with its Prix St. Georges today. The first place went to Naomi Nouwen with a total of 70.324 percent. She counted on the KWPN-gelding Frevo (by Zizi Top). She was the only one who could cross 70%.

Tour C rode the Intermédiaire II today and Sam Verheyden took first place. He counted on Kryptonite from Perfoming Stables (by Detroit) and was rewarded with 69,000 percent. Anne Ponsaerts and Carrera (v. United) took second place. Their trial was rewarded with a total of 68.029 percent by the jury.

Suraya Hendrikx rode to victory in Tour B. With the 7-year-old Benicia (v. Benicio) under the saddle, she left her competitors far behind with a total of 71.970 percent. Jorinde Verwimp and Ampere’s Diamond vh Klaverhof (by Ampere) finished in second place. They rode a total of 69.212 percent. 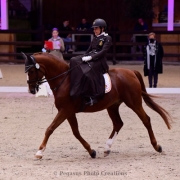 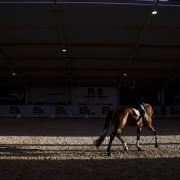 As announced earlier, it is not possible to come as a visitor to the Belgian Dressage Championship. The participants of the BK are each provided with three access bands, making it possible for them to bring a groom and trainer. For other supervisors it is possible to reserve a table for 6 people. But fans of the sport who would actually like to come and watch the popular event have also been thought of. During the entire event it will be possible to watch live via a free live stream.

The live stream during the BK will be offered by Equideo. They will be present all five days to livestream the classes that will be ridden in Ring 1 and Ring 2. As a viewer it is free to follow this. It is even possible for the participants to watch their ridden test and download it for free. The livestream will be available on our website, the Equideo website, the Equideo app and live from their Facebook. Don’t want to miss out on the Belgian Championship? Then make sure you follow Equideo and keep a close eye on our social media.

The Belgian Dressage Championships are postponed due to the coronavirus. The organization has not yet announced a new date.

In close consultation with the KBRSF and Equestrian Flanders, it was decided not to cancel the Belgian Dressage Championship, but to postpone it to a later date this year. Keep an eye on the website and social media channels for the latest updates. 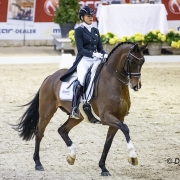 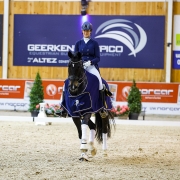 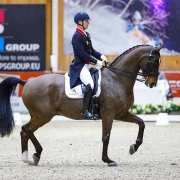