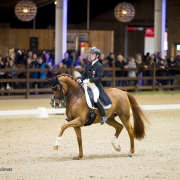 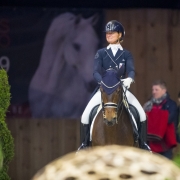 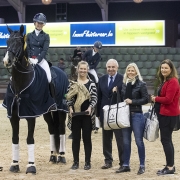 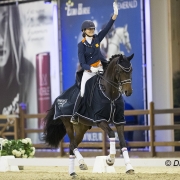 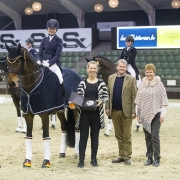 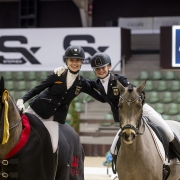 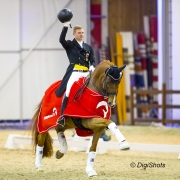 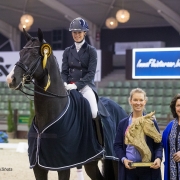 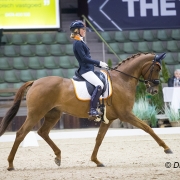 There is little difference on the international podium at the Children section. Again, Lara Van Nek made it in to victory with her horse Fariska. There were a few mistakes with the transition at the H & K and collected gallop. But with a total of 70,119% they showed overall a nice test again.

The German Lisa Steisslinger followed with a second place with her horse Caddylack. Steisslinger scored 70% and was put first by one of the judges. The combination had a fairly stable test and stayed ahead of local duo, Alexander Goovaerts with Habiba vh Bloemenhof who again got a third place at the Children. 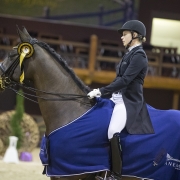 It was an exciting competition in the international CDI4* Prix St. Georges. No fewer than five combinations scored well above the 70% in this PSG. The German rider Ann-Christin Wienkamp managed to convince two of the five judges with her Nymphenburg’s First Choice (by Fidertanz). The combination scored with the appuyement that only got eights. The harmony between horse and rider was also appreciated by the jury. With a total of 72.235%, the combination stayed well ahead of the British rider, Charlotte Fry with Fendi T. Together with the nine-year Negro son, the British collected a total score of 71.735%.

Both Freddy Leyman and Dutch Janine van Twist placed the combination at the first place. The combination drove a very steady test in which only the half pirouette was slightly less well finished.

In front of his own audience Thibault Vandenberghe took the third place with his Santiago Song (Sir Donnerhall I). A very consistent performance resulted in a total score of 71.118%.